A video of Johnny Depp’s lawyer Camille Vasquez from her closing argument against Amber Heard went viral. In the video, the lawyer is seen calling Depp an ‘abuser’. 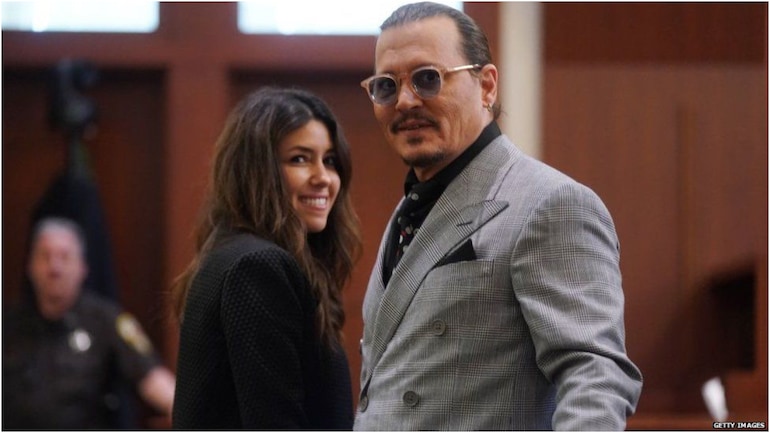 Johnny Depp and Amber Heard’s defamation trial case has ended but it continues to make headlines. The legal battle between the two started on April 11, 2022 and ended on June 1, 2022. The jury decided in favor of Johnny by the end of the trial, with the court announcing that Amber must compensate Depp with a total of $15 million as damages. Depp’s lawyer for the case was Camille Vasquez. While the televised trial has now ended, a video from the closing argument is going viral.

CAMILLE CALLS DEPP AN ‘ABUSER’ IN A VIRAL VIDEO

In the viral video from the court, Camille is seen giving her closing argument, thereby announcing why Depp needs the jury’s support. However, in the middle, as she claims Amber’s accusations to be false, she inadvertently calls Depp an ‘abuser’. Many on social media argue whether that was a slip of tongue on Camille’s behalf. However, Amber supporters on social media have been circulating the video claiming that Camille supported Amber during the argument. Watch the videos:

Camille, however, makes up for the slip later and says, “there is an abuser in this courtroom, but not Mr Depp. And there is a victim of domestic abuse in this court room, but it is not Ms Heard.”

A source reportedly informed a tabloid, Newsweek, that Camille was supposed to say ‘abuse victim’ in that portion.

ABOUT JOHNNY DEPP AND AMBER HEARD

Meanwhile, for those unaware, Johnny Depp sued Amber Heard for defaming him in a 2018 Washington Post article. In the article, Heard called herself a survivor of domestic abuse. The duo got married in 2015 and the next year, Heard filed for a divorce, citing physical abuse.