Fake German heiress Anna Sorokin has filed court papers seeking to hold her fired lawyer in criminal contempt for failing to turn over records she needs to fight a deportation order and appeal her criminal conviction.

But the attorney, responded bluntly to the claim. ‘She could kiss my a**,’ Audrey Thomas told DailyMail.com.

Sorokin, 31, continues to languish in ICE custody in a New York jail and is asking a Supreme Court judge to punish Thomas with potential jail, fines and attorney fees.

The convicted fraudster claims Thomas should be punished for her ‘failure, neglect and willful refusal’ to comply with an order issued by Manhattan Judge Diane Kiesel in July that she turn over Sorokin’s entire case file by August 5. 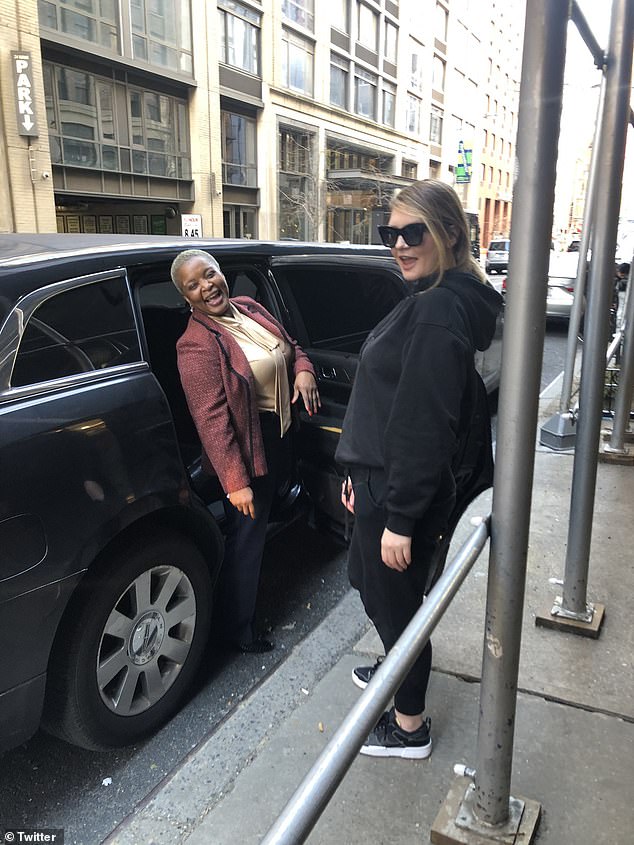 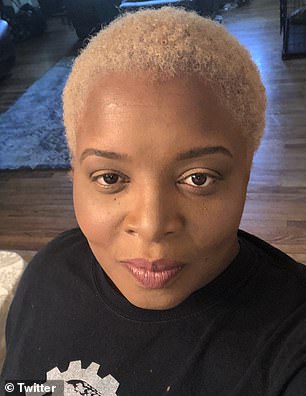 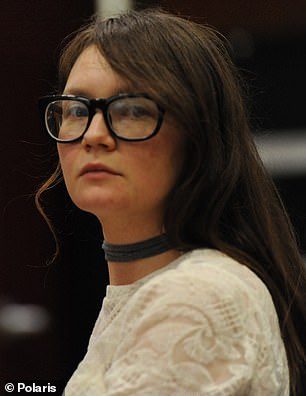 Sorokin claims Thomas, who she fired, failed turn over records she needs to fight a deportation order and appeal her criminal conviction

In a message from jail, Sorokin told DailyMail.com that, ‘Ms. Thomas’s deliberate refusal to hand over essential parts of my case file caused many delays and brought substantial harm to my current proceedings, both legal and my immigration status.

‘I have an excellent legal team who will make sure that Ms. Thomas is held accountable for her egregious conduct,’ she added. 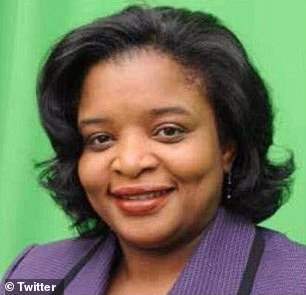 Thomas now tells DailyMail.com, ‘She could kiss my a**’

Asked about the new filing, Thomas insists to DailyMail.com that she’s turned over everything she has, including boxes of documents she amassed while representing Sorokin in her immigration battle and an appeal of her 2019 criminal case, in which she was found guilty of fraud for swindling banks, hotels and members of New York high society out of $275,000.

‘I gave them everything and what they’re asking for is Anna’s transcripts from immigration because they’re too f**king lazy to write the immigration court and get it,’ Thomas said.

‘So they want me to do their job for them, even though I’m fired.

‘They could kiss my a**,’ she continued. ‘You can quote me. Because I don’t have anything else to give them. They are full of shit.

‘And it just goes to show that it’s still great and wonderful to be white in America, because I could never get away with the sh*t that these lawyers are doing,’ added Thomas, who is black.

‘I gave these bunch of ignorant white people posing as zealous advocates all that I am required to give them and in particular all that I have.

‘But they are so entitled and privileged that they believe they can bully me into submission. Well I may be fat, but I am never the bigger person so I will respond accordingly.

‘I am going to retain counsel and I hope when I respond you will be fair and just but I am honestly not hopeful for history has taught me differently.’

Sorokin told DailyMail.com with a heavy dose of sarcasm that, ‘She’s obviously one of the most brilliant logicians of our time.’

Her new lawyer Manubir Arora wrote, ‘It is patent that the violation of the Order of this Court was committed knowingly and willfully; that the acts of Audrey Thomas were calculated to and actually have impaired, defeated, impeded, and prejudiced the rights of Defendant Anna Sorokin.

‘Audrey Thomas has displayed a reprehensible inexcusable contumacy for the law in flouting the Order of the Honorable Diane Kiesel.’ 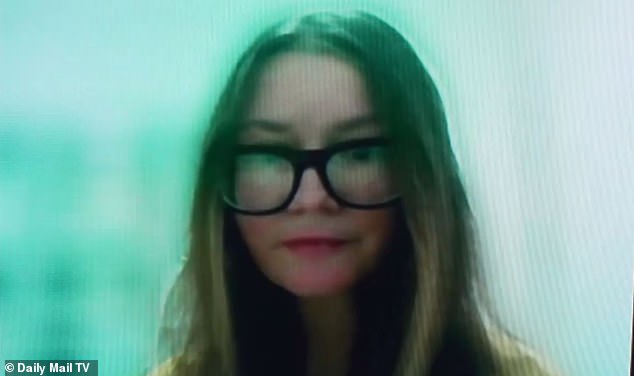 Sorokin is still in ICE detention in a prison in upstate New York, pending a decision on her deportation case 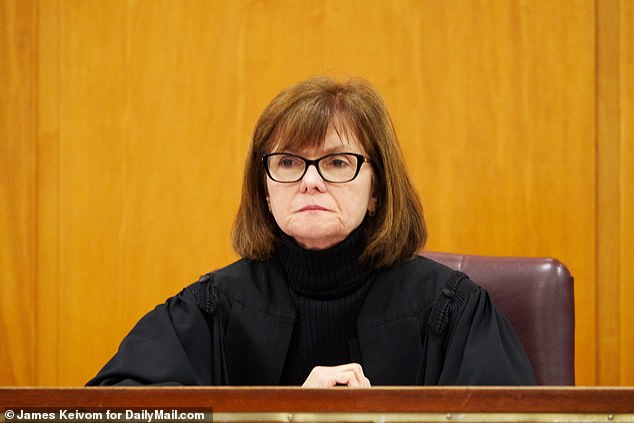 Sorokin claims Thomas should be punished for her ‘failure, neglect and willful refusal’ to comply with an order issued by Manhattan Judge Diane Kiesel (pictured) in July that she turn over Sorokin’s entire case file by August 5

Russian-born Sorokin went by the name of Anna Delvey and posed as a wealthy German heiress to scam her way into New York’s high society from 2013 to 2017.

She skipped out on hotel and restaurant bills, would deposit fake checks and cash them before they bounced, and kept up the ruse by telling her friends she was having issues with her European bank accounts so they would front her money.

She was sentenced to four to 12 years in prison after being convicted of eight grand larceny and theft of services charges for swindling banks, hotels and friends out of $275,000 in a 10-month spree.

After serving nearly four years, she was released in February 2021 for good behavior.

In no time the German ‘heiress’ went back to her previous posh lifestyle. She rented a swank apartment in Chelsea, Manhattan, and did the media circuit, boldly telling one reporter ‘crime pays, in a way.’ 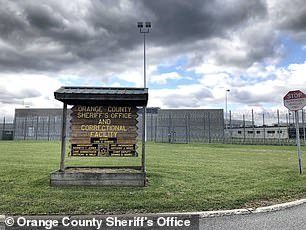 Sorokin has been held at the Orange County Correctional Facility in Goshen, New York since March 2021 for overstaying her visa

She signed a deal with Netflix to advise on its production of Inventing Anna, a miniseries based on her life. A judge allowed the jailbird to sign the lucrative deal as a way to pay back her victims.

Just six weeks after enjoying her freedom, she was arrested by immigration agents for allegedly overstaying her visa and has been in ICE custody in Orange County, New York ever since.

Her new lawyers initiated efforts to retrieve her case file in March. It led to a hearing on July 27, where the judge ordered Thomas to FedEx all files by August 5.

Thomas sent two packages of documents, DVDs, CDs and a hard drive that arrived days after the deadline, her lawyer stated in Friday’s filing, but added, ‘Neither of the packages she sent contain any of the audio files of Defendant’s US Immigration Court hearings . Nor do they contain any of Defendant’s personal property.’

‘On August 12, 2022—one week after the Court’s deadline for Ms. Thomas to turn over all of Defendant’s files and property—my associate emailed Ms. Thomas to notify her of several items missing from the FedEx packages,’ Arora said. ‘However, Ms. Thomas maintains that she has provided everything in her possession and ‘will not be responding to any further inquiries absent a court order.’